pitchforks, tar and feathers, RICO laws, taxation, jailing — they have their private armies of lawyers, cops, military, politicians, high-stakes criminals in their employ so forget about it!!

You just can’t make this stuff up as a fiction writer. Demonic, but sturdy. Boring actuarial folk, or in this guy’s case, making loot illegally in the legal channel that is Illegal Wall Street:

Thomas Peterffy became one of the world’s richest people by mastering risk on Wall Street. Building his Mediterranean-style mansion seven years ago on a vulnerable stretch of Florida’s Palm Beach Island was a matter of seeing the odds clearly once again. The consequences of climate change will play out over decades, and Peterffy is 76 years old.

“I don’t have a care about it at all,” he said over lunch at Mar-a-Lago earlier this year, just down the street from his home. The founder of Interactive Brokers Group has a fortune of more than $21 billion, according to the Bloomberg Billionaires Index.

“If something needs to be done to save it,” he added, “it’s not going to be my problem.”

Nice guy, uh? And even younger ones, in the billionaire class, they whisper that, though they do have bullshit smoke and mirrors philanthropies and foundations to, well, shelter taxes and corrupt the world more with their sociopathy. In the old days, it would have been, “Eat the Rich,” “Kill the Rich,” “Banish the Rich.” Now, though, since they have created a vampire class of millionaires and media mental midgets with millions stashed away, the Rich Are a Protected Class. Until we get daily reminders of the collective insanity of Western culture, Western capitalism, Western cults. This is the rich, giving a damn about the future, or, spending millions and billions on their vaults and prison garden homes. Then, there are 10,000 in Del Rio, Texass:

I have years of writing about and researching urban planning, regional planning, all the gold, silver, platinum of LEED/Sustainability/New Urbanism building. It is a mighty thing to have a few degrees from elite schools (my schools, they are not elite), and then getting placed into the star chambers of planning, architecture and design. To the point of, the Eichmanns are deep into this lie, and there is really, the way they want smart cities and internet of bodies for the future, no global warming, no global climate chaos, no collapsing systems, water shortages, deaths in the millions annually just from air pollutants. No deaths in the hundreds of thousands because of higher and higher bulb temperatures. No reality about water shortages, failing sewage treatment, endless fires, pests-poisons-pestilence vis-a-vis profits at any cost, at costs to anyone or anything, albeit, not against the elite and star chamber folk. The reality is if you believe in capitalism, in all for one, or that technology is going to get us out of the muck, then, you are a denier. The worse kind!

If this doesn’t tell it all, here we are, the great profession (sic) of planners (misshapers, building and real estate protection racketeers) having yet another fake event, virtually. Imagine that, so planners are supposed to be on the land, in the muck, in neighborhoods, looking at systems, ecosystems, people, communities, towns and mega-cities, and, here the gutless wonders are, well, hiding again, in underwear and Snoopy slippers. This was a group I was sort of a member of when I was getting my graduate degree in , well, urban and regional planning: 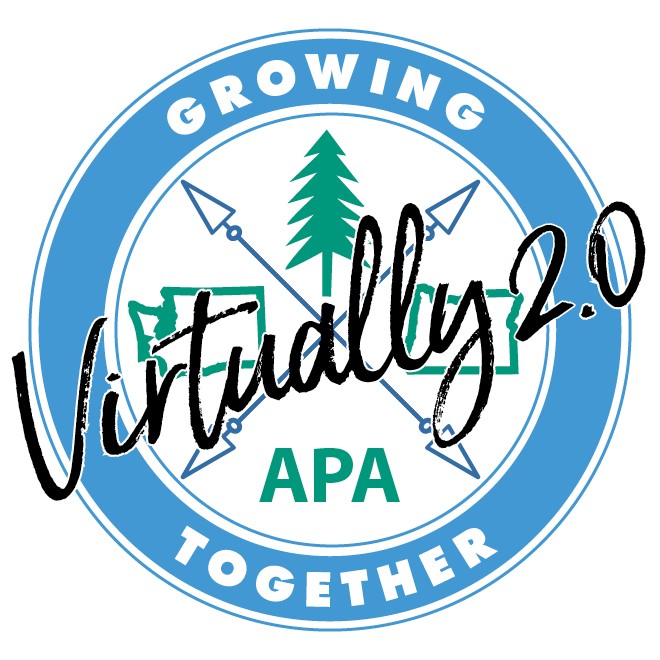 The 2021 conference continues with the theme of Growing Together Virtually, recognizing the importance and challenges of planning for evolving communities, large and small, in these challenging and polarizing times. The conference will offer more sessions than last year, allowing for greater variety in session content.

Oh, in polite company, we can’t call this a bunch of fucking shit, no? All the communities now within communities, the so-called subcommunities, struggling with forced jabs, forced passports, forced scrutiny, forced surveillance, facial recognition just to enter a football game or concert. Work, sure, servicing those maskless wonders with masks on, but not enough cash to pay the rent, or, all the cash for the rent. No health care, nothing of those safety nets that the RICH have, and do not get goofy on me to profess that the rich do not have entire lobbies upon lobbies in their sophisticated protection racket. The planners — many of them looking for sustainability and gardens and walkability and healthy small downsized living — in the end buckle under the weight of bureaucracy and the rich and powerful controlling the narrative and their own money stream. Look, I understand that every arena I have entered into since, oh, age 13, those places are sacred to liberals, lights, conservative, lights, and that I would also be an outlier or outcast anywhere, or the enemy in some regard, but now, it is way beyond “enemy” or “persona non grata” I represent. It is a matter of outcasting, men, an untouchable, while the APA-WA branch, peddles more lies, meaningless doublespeak:

“What is Planning? Planning is a dynamic profession that works to improve the welfare of people and their communities. Professional planners make great communities happen by working with civic leaders, businesses, and citizens to envision new possibilities and solutions to community problems.”

I wonder what the planners might do around those Haitians, all those cities that are in disrepair, all the rough sleepers, the homeless-in-vehicles, the sheltered-in-basements/garages/hotels. How to plan, man, those smart cities, those hipster places, those virtual venues, the Zoom Rooms, the isolation chambers, the places of mediocrity sold as cutting edge Musk-Apple joints. Imagine, maybe in a year, the Planners can hook into the Bezos Ejaculatory Space Suit Freaks, and have a live feed with Bezos and ask him what’s next in planning cities around his Gestapo-Gulag-Retail-Surveillance-Cloud world. In so many ways, I found the planning profession to be vapid, dead of creativity, and certainly no rabble rousers or deep thinkers in the bunch. They talk a good talk, but in the end, their jobs are the work of the real estate, developer, building and construction lobbies, and the planners I know would never speak up at a Chamber of Commerce meeting. They are the epitome of Eichmann, updated and retrofitted for Cancel Culture and Oh So Hip Stylists.

How about his Salem group, Salem for Refugees? You think planners would want to create grants for people like me to study the dynamics of community building-engagement-employment around these newest immigrants?

The good old days when we truly hated the rich:

In 1920, Wall Street reporter Edwin Lefèvre derided “some wretchedly rich people” in a Post article called “The Annoyances of Being Rich Today.” Without naming names, Lefèvre detailed conversations with bankers and heirs about their gripes with imperfect service and ungrateful butlers. One rich man told the author that he feared a revolution was afoot after he asked a waiter for bread and — instead of silent obedience — the response came: “Sure thing!” Others complained about accusations of vanity or the prospect of their service staff seeking higher wages.

Lefèvre sums up the groans of the plutocrats by casting wealth as a sort of illness:

I am convinced that there is a definite social disease which we may call gold poisoning. When a man has too much gold, some of it gets into the system; through the pores, it almost seems. It causes deafness and affects the sight. These ailments, gold deafness and gold blindness, are responsible for most of the annoyances of which the stricken rich so bitterly complain today. Instead of seeing or hearing, they are merely aware of a rumbling sound—the tread of their fellow men marching toward them, armed with bombs, bitterness, and taxes.

John Stuart Mill called the rich, “the unearned excrement.” Oh, what a day it would be to see that again, lifted up high, daily, in the media, but this a world of valorizing the rich, listening to the liars and grifters — the thespians — and all the handlers, the hangers on the rich-super rich employ to massage their messages.

Larry Glickman, a professor of history at Cornell University, says he has used this clip in one of his classes to illustrate the criticism of so-called robber barons of the late nineteenth century: “In the Gilded Age, ‘capitalist’ was really a term given by its enemies to people who had earned wealth in an unfair, immoral way, so a lot of small business men said something similar to what Hickenlooper said.” Glickman says the distrust of robber barons (or capitalists) comes back to the question of hard work. “There was this idea that you had labor producing things, and that accumulating wealth through honest production was a good thing,” he says, “but there was a new class of people called capitalists getting their wealth through unproductive, exploitative ways.” (Saturday Evening Post).